Why I generally discourage doing a Ph. D

Occasionally I get students who ask me for advice on doing a Ph. D. It usually starts with a, ‘should I do it?’ type of question, and… generally speaking… I tell them ‘no’. Now, some of you may be going, 🤭 (<- that should be a gasp) At that. Others […]

Apologies for the prolonged absence! I just saw that my last post was 21 days ago. 😳 It’s been a busy few weeks since, so I hadn’t actually felt like typing anything until now. What’s been happening since? Well, for one thing, the state opened up, so I’ve been spending […]

We went camping again! As most of the state celebrated coming out of lockdown by catching up with family and friends, we decided instead to spend the weekend isolating ourselves in the middle of nowhere. 😂 We actually booked the site well and truly before the easing of restrictions were […]

Well, it’s almost November (and the end of the year). Where did the year go?? 😱 Since my previous garden post, the snow peas have gone crazy… And the broccoli have sort of mostly bolted. There’s still some edible stalks left, but the weather’s been so unstable (typical) that it’s […]

Just a short note on being back to work

Yesterday was my first day back at work since our tearoom became a Tier 1/2 exposure site and people had to isolate at home. I missed it all because I was fortunately on leave. We’re now wearing N95/P2 masks while at work, and bloody hell- mad respect for all the […]

Well- we’re still in lockdown, and I’m still on annual leave. 🥳 Which means it’s time to do some culinary experimentation!! And do other hobby activities, like editing that story I was writing back in June last year… or going for a walk… And enjoying the earth rumble beneath me- […]

Things that keep me up at night

I work in Melbourne (for the most part), as an essential worker- in the healthcare/ medical science field. Given I’ve currently returned to my regional Victorian hometown, I drive my car to and from on the days that I work. It’s a bit of a drive, sure, but it’s relatively […] 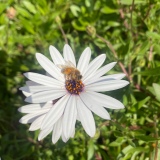 Hey there newbie. Yes you, with all your nerves, excitement, and enthusiasm. Welcome to the lab. Maybe you’ve already been introduced to everyone, but lets face it- you’ve already forgotten whose name was whose. So long as you still remember your supervisor’s name, that’s the main thing. Don’t worry- you’ll […]

Why hello there 🦎 We actually got some warm weather for the first week of September/spring, so we got to see some wee lizards poking their heads out from the garden beds. Unfortunately we’ll be back to cold, wet and somewhat miserable (I say somewhat, because I actually like rain) […]

An overview of our camping gear 🏕

Wow that previous camping post has gone gangbusters! 😳 Apparently there are some avid campers out there. With that in mind, I thought I’d do a short post on all the gear we usually take, because y’all know I love inventory lists. 😂 No joke I do write a handwritten […]