Do you need a LinkedIn profile?

On the rare occasions that people ask me directly for career advice, I get asked the above quite a bit. Maybe they’re undergraduate students that I’m teaching, or maybe it’s former lab members who are finishing up with their Ph. Ds? Either way, for people who are about to step […]

On a more positive note

Life is full of ups and downs. So naturally, if I write about the downsides of Academia and research, there’s also plenty of positives- it’s just that sometimes they’re a little more subtle and harder to find, or maybe it’s just easier to focus on the negatives. At the moment, […]

Looking back at it now, I know I was far too naïve. I guess I’d only worked casual jobs in hospitality up until that point, and my initial introduction to Academia and research was very positive. So, for some reason, I had this romanticised impression of what working in research […]

Why I didn’t do Med

I’ve written a whole series on my journey from a regional Victorian high school student to Ph. D student in my ‘How did I become #PhDLife?’ series of posts (see part 1, part 2, part 3, and part 4). But most people who go into Biomedical Sciences have a dream […]

An informative piece on what to do, once you decide you might want to do a Ph. D. Writing as a former wet-lab based Ph. D student in Australia. So you’ve reached the end of your Honours or Masters degree, or maybe you’ve been working in the field for a […] 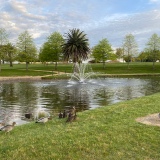 There will be a longer post soon, but I had to have a chuckle when this popped up on my social media account. Ten years is a long time, and a lot can happen in it! I didn’t end up curing diseases, but I did get in to said degree. […]

Inspiring the next generation?

It’s Open Day season again for Universities. Normally I steer clear of the day, because I find crowds of people overwhelming. Even during my Ph. D, I’d try to schedule experiments around that weekend, just so I could avoid going in and getting caught up in it all. Obviously this […]

Having spent so long within tertiary education (seriously, I started my Bachelor’s in 2011), I think it’s fair to say that I really enjoy learning new things. It can feel tedious sometimes, but I think at the core of it, I would never want to stop learning. I mentioned in […]

It’s been almost a year since my ‘How did I become #PhDLife? (part 3)‘ post, and given that I am now at that point where I’m just waiting around until my Thesis is accepted, I thought I’ll add a follow up post of what the latter part of my Ph. […]

Seeing as a lot of us are working from home, self-isolating, or getting bombarded with rather depressing news, I thought I’d compile a list of previous posts that might tickle your fancy. For those that want to think about a career in research: Want to know whether you’re cut out […]